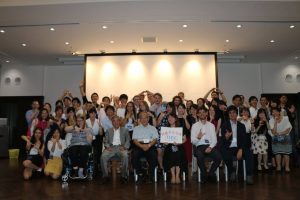 The theme of the ninth JNSC held in Osaka was ‘Disasters’. We focused on the way Japan and The Netherlands engage with disasters, and how their approaches compare to each other. We talked about natural disasters like flooding, but also about man-made disasters, namely economic crises and terrorism. Furthermore, we touched upon earthquakes, a disaster that is experienced very differently in the two countries. The topics made us aware of the differences between Japanese and Dutch disasters, and brought forth some interesting discussion topics. 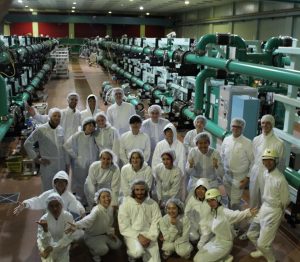 As part of this overarching topic, we went on several study tours. We went to visit the Earthquake Memorial Centre in Kobe, we experienced the impact of Tsunami’s at the Tsunami Centre. we visited the nuclear research centre on the school campus, and we followed a survival workshop aimed at children on how to make the most use out of common objects in case of emergencies.

Furthermore we were lectured by the Japanese police on how terrorism and crime are handled in Japan, and a renowned professor talked about the implications and impacts of nuclear research.

Aside from this, we visited Kyoto, had fun at a fireworks festival, and we celebrated the 10th anniversary of JNSC, in which one of the founders was present.

The week before the conference started we explored Tokyo, and saw many wonderous sights, including but not limited to: Meiji Shrine, Tsukiji Fish Market, the busy streets of Shibuya, the tranquility of Odaiba’s Digital Art Museum, the gaze of Shinjuku’s Tochou observatory and the imposing temple site of Asakusa.